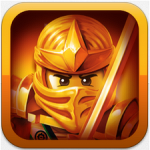 Hi, welcome to Ninjago Wiki! Thanks for your edit to the Nya page.

My 2nd favourite is Lloyd

Hello TornadoLover! Sorry for the belated response - I have just been extremely busy lately.

The reason you were blocked was because it was a warning for unproductive edits. Some things that I consider unproductive are: unnecessary edits, information with inaccuracies, and edits with grammar/spelling errors. SaltNPepper (talk) 06:38, June 24, 2013 (UTC)

hey TornadoLover this is Carolstar123 yes you think that i will love chima but i hate chima when it first got on cartoonnetwork i watch one episode and i hate it and i never like it i always hated chima and now i'm a ninjago lover and always will be but i know alittle bit about chima and hey who is both your favortie ninjago and chima character my fav is cole from ninjago and hey what is your fav weapon from both ninjago and chima my fav is the earth blade from ninjago and hey do u want to be friend. anyway talk to u later U rock

Hey TornadoLover thisis Carolstar123 even though we both love ninjago and u love chima and i was never a chima fan anyway so can u tell me what the orb of chi was for in the show and hey what is your fav episode from ninjago and chima cuz my favortive is episode 9,16,22,24,23,25,and 26 and so on and hey do u think that there will be a comic con for ninjago and chima because i want there to be a ninjago comic con and a chima comic con or they already said there was no ninjago comic con and oh hey who is your funny character in ninjago and chima my favortie character from ninjago is cole and jay and i honesly said my funny character from chima is the gorilla when they say dude i just love that part so much and u r my best friend TornadoLover and hey what is your real name

hey TornadoLover this Carolstar123 and i know for chima that laval had to stop cragger from using the orb of chi is that correct and for ninjago do u think that lord garmadon is gonna be a good guy on season 3 of ninjago when it comes out and also i wish they will show us a episode where we see cole,zane,and kai's mom if they ever had any because i want to see them and i will talk to u later

hey TornadoLover this Is Carolstar123 what r u most excited about in ninjago because for me i want to see the new season of ninjago and hey whats new on chima what is happening so far i'm writing short today because i used to write long u rock. P.S tell me other stuff that is happening

Hey Spencer. About your topic of Lloyd's element being Light, I have a few explanations. Basically, in Ninjago, Good manifests itself in the form of Light, and Evil in the form of Darkness/Shadow. But this does not necessarily mean that the elements of Light and Shadow are evil (Shade is not evil, and he is its master). In conclusion, Lloyd's only element is Energy, which at its strengthened state is Golden Power.

Retrieved from "https://ninjago.fandom.com/wiki/User_talk:TornadoLover?oldid=141142"
Community content is available under CC-BY-SA unless otherwise noted.